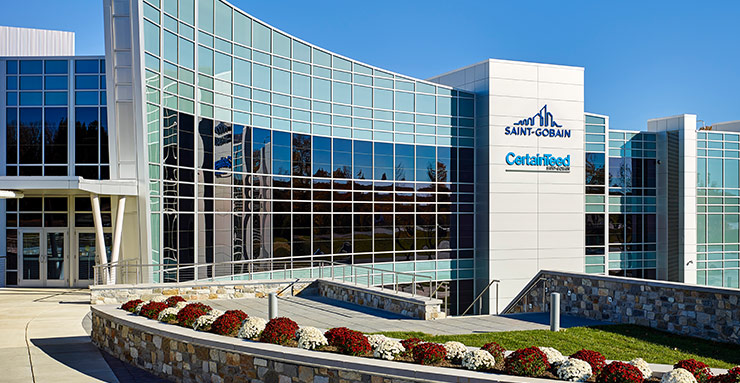 “Multi-Comfort” is a term our parent company, Saint-Gobain uses to describe a leading-edge approach to architecture that creates a healthier and more productive work environment by providing building occupants with an optimal indoor environment while having lower environmental impact and allowing occupants to be closely connected with nature. A nice goal, but it can be hard to deliver, and that is exactly why Saint-Gobain decided it needed to practice what it preaches. In 2015, Saint-Gobain decided to move its North America Headquarters from Valley Forge, Pa., to Malvern, Pa., and, in the process, create a one-of-a-kind building for its people that would demonstrate what “Multi-Comfort” is all about and, most importantly, how it improves the performance of people. After years of study the results are in, and they are impressive.

The study, conducted in four phases over 36 months by leading researchers from the University of Oregon’s High Performance Environment (HiPE) Lab in partnership with Saint-Gobain building scientists, first measured the old HQ and surveyed team members on a variety of indoor environmental factors. They measured and analyzed the new HQ prior to occupancy and then conducted two post occupancy surveys, one in 2016 a year after move-in and one in 2017 two years’ after. Among the parameters evaluated were indoor air quality (IAQ), thermal comfort, visual comfort, acoustic comfort as well as assessments of overall satisfaction and productivity.

The infographic below highlights some of the top level findings. 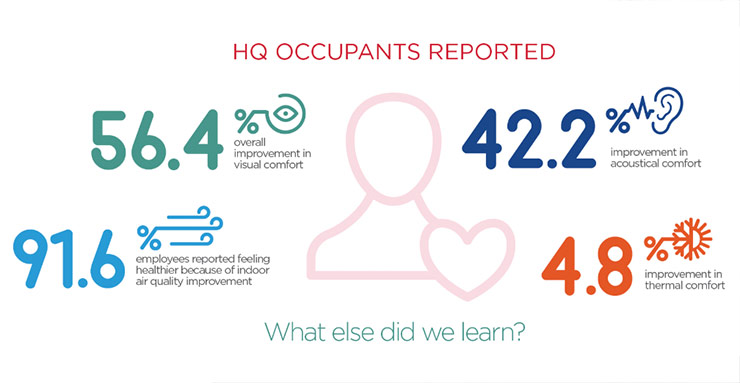 Some critical benefits not covered by this infographic include:

The design team chose to install approximately 14,000 square feet of dynamic glass on both the south and west facades, as these had the greatest unobstructed sun exposure. Specific findings related to “visual comfort”, i.e. adequate daylight, glare control and views, speak to the impact dynamic glass had on the results:

The results speak for themselves. The study also adds to the body of research demonstrating that the human impact benefits of better buildings are not relegated to controlled lab settings; they are felt in the real world, by real people.  As the “test subjects” in this case are my colleagues, I have had the chance to ask them about this myself. Without exception they rave about the new facility. I have heard many stories of people getting sick less often, being less impacted by allergies and just more excited to come to work each day. Here, the anecdotal supports the empirical, which leads me to the inescapable conclusion that the Multi-Comfort approach truly delivered a better building for the people inside. As a result, both the people, and the company, are better off because of it.

Jordan Doria is the Senior Channel Marketing Manager for SageGlass. Jordan has a decade of experience in the building industry, working to promote buildings that are better for people and the environment. He holds a Bachelor’s and Master’s Degree in Political Science from Villanova University (USA).

THE HIDDEN BENEFITS OF NATURAL LIGHT

SOCIOLOGY IN THE SERVICE OF ARCHITECTURE, OR HOW TO DESIGN COMFORTABLE BUILDINGS