Step Up into a Posture of Authority

Wisdom for women in the manufacturing industry from SageGlass’s Vice President of Quality and Regulatory.
written by: Jennifer Pitterle

At SageGlass, we celebrate women’s contributions to our industry all year round, and support women in our workplaces every single day. For Women’s History Month and International Women’s Day 2021, we’re shining the spotlight on just a few of the initiatives and policies that make SageGlass a supportive environment for women—and on some of the wonderful women who lead our teams. “Women were still being devalued and objectified in the workplace not too many decades ago,” says SageGlass vice president of administration Chuck Hayes. “So, while we still have a long way to go, we have actually come very far on the journey. And that journey took…the willingness to listen, and learn and change, and then do it all over again. [SageGlass] is a STEM business, and so we are in a space which greatly lags progress [compared to] the rest of society. And yet, we’ve proven that even STEM can grow and change.” 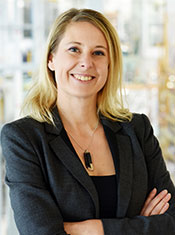 For her take, we talked with Carlijn Mulder, Vice President of Quality and Regulatory at SageGlass. We asked Carlijn what advice she’d give to young women who are studying science and engineering, or entering the research or manufacturing industries. 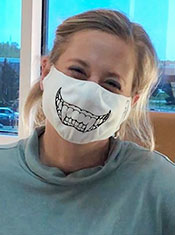