The Truth Behind the NYC “Glass Building Ban”

New York City Mayor Bill De Blasio’s press conference announcing the Green New Deal legislation has gotten a lot of headlines. As is often the case, the headlines and reporting have focused less on the substantive elements of the proposed policy and more on one provocative statement: “We're going to introduce legislation to ban the glass and steel skyscrapers that have contributed so much to global warming”. This single sentence has sent shockwaves through the building industry, and on the surface there is good cause for this. Such a move would indeed be both bold and unusually prescriptive; a design ban as opposed to a performance threshold that can be met in a variety of ways. There’s just one problem: there is not a glass skyscraper ban. 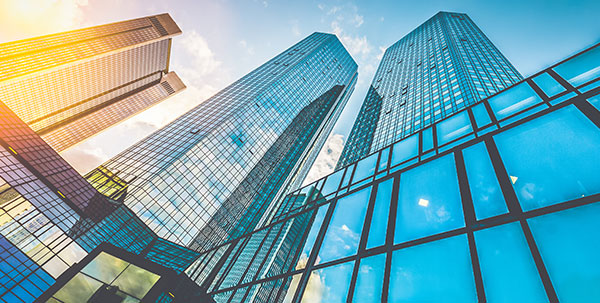 What the “ban” really is

In a far less covered part of the press conference, De Blasio elaborated on his “ban” statement by clarifying that “If a company wants to build a big skyscraper they can use a lot of glass, if they do all the other things needed to reduce our emissions". In reality, NYC is proposing building energy performance targets, extremely ambitious and aggressive ones. What is actually most novel in the proposal is the extension of the requirements to existing buildings, not just newly built or renovated ones. Most importantly, building owners and designers will indeed have flexibility in how they meet the targets. It is true that traditional designs of all-glass skyscrapers could likely not meet these new targets, absent lots of other energy efficiency measures. So, is there really a “glass skyscraper ban”? No. However, there is a ban on antiquated design approaches that don’t deliver the level of sustainability needed.

The design and construction industry will certainly be challenged by the new targets. It is also reasonable to expect that NYC’s actions will prompt other cities, in the US and elsewhere, to ramp up their energy efficiency requirements. But in the end glass, and lots of it, can still be used in buildings. There are numerous examples of buildings meeting net zero and even passive house requirements that incorporate significant amounts of glass, to provide the numerous occupant benefits glass helps deliver. Smart glass can be a part of this new design world, by dynamically adapting to environmental conditions and significantly reducing cooling loads, while also optimizing daylight and glare control. The Green New Deal requirements will prompt a new era of more sustainable design, and that is a good thing.